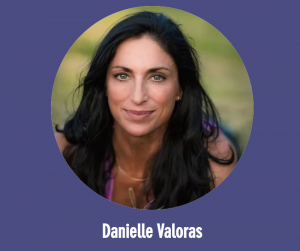 In my early days as a freelance writer, back before the internet and before I knew anything about health, one of the most devastating stories I worked on was about women who had become extremely sick from their breast implants.

Two stories stuck with me. One was the woman in her 40s who lost everything to permanent disability caused by breast implant illness. She lost her job, her husband left her, her hair fell out, and she was barely able to get up and care for herself. Her bowel function had become so bad she slept in the bathtub.

The other woman was in her early 20s and spending her life on her mom’s couch. Her older boyfriend had insisted she get the implants, paid for them, then left her when she began to get sick. Her breasts had become as hard as rocks and were excruciatingly painful, and she was unable to work due to extreme fatigue.

(I also have a friend who has become chronically ill from her implants and is on a 9-month waiting list for one of the few surgeons in the country who specializes in removal.)

At the time, no one believed these women or that their symptoms were caused by breast implant illness. All the women I interviewed were accused of making up their symptoms, and doctors insisted the breast implants were not at fault. After all, they were FDA-approved.

That was more than 20 years ago and thankfully knowledge and awareness has grown, and we now have our first Breast Implant Health Summit — an online event — happening Oct. 23–25, 2020.

Breast implants break, leak, and grow mold, all of which trigger the immune system into a state of chronic illness and a plethora of “mystery” symptoms. Even implants that remain intact can trigger autoimmunity and other immune disorders in susceptible women. Susceptibility can depend on genetics, environment, existing health, toxic load, and other factors that also play a role in autoimmunity.

I’m personally not that knowledgeable on the topic, but if you’re looking for a referral for a functional medicine doctor, I can suggest a few who work remotely and also have experience working with patients on recovering from vaccine injury, which can have similar underlying mechanisms.

Basically, when you put something foreign in the body, there is a risk the immune system will rebel or that the foreign substance will trigger a hyper-inflammatory and over zealous state (in a super-simplified nutshell). Heck, I interviewed the recipient of a heart transplant who only got her immune system to stop rejecting her new heart when she followed functional medicine autoimmune protocols. But she could not garner much interest from the transplant community in what she had discovered.

Please register for the Breast Implant Health Summit and mark your calendars to listen to talks Oct. 23-25, 2020.