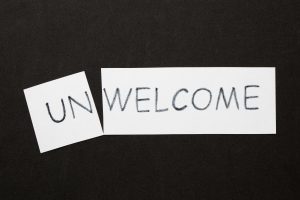 The autoimmune diet, which eliminates grains, dairy, nightshade vegetables, eggs, soy, and sweeteners, has changed countless numbers of lives by removing inflammatory triggers. It is a powerfully medicinal strategy for folks with autoimmunity who find relief nowhere else.

It is also a diet loaded with landmines in a culture that is hellbent on force feeding you junk food yet shames you for getting fat should you eat it. So much female value is tied to thinness, and many women develop a  tortured and adversarial relationship with food and their bodies. My personal theory is the acute and chronic stress from growing up female in diet culture is actually a contributing factor to autoimmunity, but I don’t think anyone has studied it.

So I was delighted when the anti-diet, intuitive eating, and “health at every size” movements came on my radar. These sorts of grassroots uprisings were unheard of in my youth. Women (and to a lesser degree men) are finally saying no to the multi-billion-dollar diet industry, busting out of the diet shackles, and reclaiming sovereignty over their bodies, whatever the size.

However, my brief ventures into this culture as someone who must avoid certain foods endemic to the western diet (gluten, dairy, eggs, and sweeteners) made me realize I and people like me are simply not welcome. Not only that, our diets and our lifestyles are ridiculed and our conditions mocked. Apparently the intuitive eating culture is one steeped in the privilege of good health; people with chronic health conditions need not apply.

A recent post on an intuitive eating Facebook group asked if leaky gut was real. Leaky gut, also known as intestinal permeability in research studies, has numerous studies validating it and a leaky gut drug is currently in phase 3 of a clinical trial. But these women pulled out the stops in denigrating and insulting not only leaky gut but also people who must follow restricted diets. They are all “orthorexic.”

Here is what these women had to say in response to leaky gut:

“It’s real, but it’s got nothing to do with eating organic or grains.” [Look up lectin sensitivity, sensitivity to different grains, grains that cross react with gluten, and the role of glyphosates in leaky gut.]

Granted, orthorexia is a very real battle for countless numbers of women who find themselves moving from diet culture into autoimmune culture. You go your whole life feeling guilty and worthless when you can’t live up to diet culture’s standards — you’re simply guilty of having mammalian physiology that rebels against famines. And now your autoimmune diet, even though it isn’t a weight loss diet, has just leveled up the severity and deprivation.

But instead of making space to include women with autoimmunity, intuitive eating culture lashes out at them, makes fun of them, and heaps their scorn and wrath on them.

Intuitive eating culture is not a safe space for women with autoimmunity. You will be excluded and mocked if you follow a restricted diet, or you will be told to eat foods that make your condition much worse. Autoimmune culture, on the other hand, tells you to man up. With functional medicine comprised of predominantly male practitioners treating a predominantly female patient population, your troubles with an autoimmune diet after a lifetime of disordered eating or eating disorders are dismissed, belittled, or denied. Most men simply don’t get it so therefore it must not exist.

With functional medicine comprised of predominantly male practitioners treating a predominantly female patient population, your troubles with an autoimmune diet after a lifetime of disordered eating or eating disorders are dismissed, belittled, or denied. Most men simply don’t get it so therefore it must not exist.

I have a friend whose legs stop working if she eats gluten. She, too, struggles with dietary limitations—she used to love to bake and took a lot of pride in her homemade breads. She’s probably one of the most severely affected people I know and yet her diet continues to be a constant source of obsession. Is it orthorexia when you’re trying to stay out of a wheelchair? People like her, like us, need a safe space too.

So what is the answer? As seems to always be the case with autoimmunity, there is no easy answer. The autoimmune diet crowd is cracking the whip because you caved and had an ice cream. The intuitive eating crowd is throwing rotten tomatoes because you call donuts unhealthy.

I get it. Everyone is angry, furious at having lost so much of their lives brainwashed by a diet culture designed to ultimately betray you. Many are despairing because years of weight cycling simply made them fatter and caused metabolic PTSD. We are angry at the oppressive sexism, and exhausted from the unending hunger and deprivation. Food is incredibly primal—take it away and it triggers life-and-death buttons.

But women with autoimmunity are every bit as victimized and traumatized by diet culture and don’t deserve ridicule. And the intuitive eating culture—for all its promise—is behaving like just another club of privilege and exclusion.