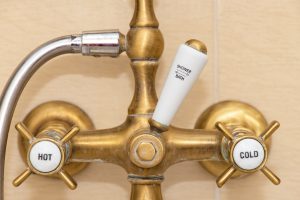 I read Wim Hof’s work years ago, accidentally gave myself hypothermia a few times, went in and out of the cold shower thing a couple of times, and finally gave up trying. I felt it was too stressful and I was too depleted, and maybe that was true at the time.

However, after learning about the cortisol awakening response (CAR) and it’s impact on your overall health, I decided to give cold showers another go and put myself on a 30-day challenge. I’m currently halfway through and totally hooked.

As the name implies, the CAR is a mechanism in which cortisol is at its highest in the first 30 to 45 minutes after waking. Or at least theoretically. Like a lot of people with chronic health disorders and adrenal fatigue, mornings have always been a struggle for me.

A poor CAR is linked to depression, fatigue, weight gain, insomnia, and all those wonderful side benefits of autoimmunity and chronic health disorders.

You can test the CAR with a saliva test, although it’s not the same as  basic adrenal salivary panel. I did not test mine because lab tests are expensive and I already know I feel shitty in the morning.

Advice for activating the CAR includes waking up around 5 a.m. and/or performing a few minutes of high-intensity exercise within the first 15 minutes of waking. Two things that are a hard sell to people who wake up wondering if they are dying.

But then I met a practitioner who advises his patients on another technique that is equally deplorable but ultimately more doable: Take a 60-second cold shower soon after waking. It was the middle of July and I decided to give it another go, this time committing to at least a month of daily morning cold showers.

I’m two weeks in. The first few days were hard. I hyperventilated, seized up, gasped, and was generally horrified by the experience. But it was only for 60 seconds, and I rotated a quarter turn every 15 seconds. I felt so much better after the first one that it motivated me to do the second one, and so on. It got me out of that morning slump so much quicker and gave me a nice little surge of dopamine from the accomplishment doing something difficult.

I was amazed at how quickly it became significantly easier to tolerate the cold water. I started at a temperature in the lukewarm to just below lukewarm range the first four days. By day five I had the temp on the coldest it would go. At two weeks in, it’s still a bit of a scary jolt at first, but it quickly feels invigorating. I’m now staying in longer and just having a normal shower. I have skipped only one day due to having to rush out the door early, and I really missed how good I had gotten used to it making me feel.

Granted, I’m an overweight perimenopausal woman in her early 50s who is perpetually, mildly hot (now I know why my mom refused to turn on the heat all those winters in high school). This definitely works in my favor and I know some people struggle much more with the cold and may need a longer introduction period.

Although I’m committed to a 30-day challenge, I’m already at the point where I can’t imagine not starting my days like this—I can’t remember the last time I have felt good in the mornings.

Cold showers are fashionable these days, predominantly endorsed by male biohackers loaded with cold-shower promises (if anything, the whole machismo approach is partly what put me off for a long time). Lose weight! Cure diseases! Be manlier on YouTube!

I’m not looking for miracle cures anymore, and an Instagram bod is certainly not in the cards. I’ve long since quit chasing perfect health and realize I have ups and downs and some issues I may never resolve. And that perimenopause is just this awful trial that they keep promising will end one day.

I am simply looking to feel and function better, even if it’s just a little bit. I can confidently say morning cold showers make me feel quite a bit better, have made my skin and hair softer, and give me a boost of confidence and accomplishment.

I highly recommend them for this reason!