How a coronavirus vaccine could trigger even more cases of autoimmunity 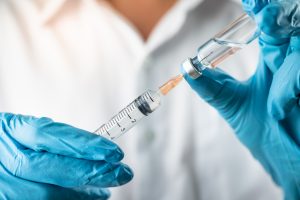 People are looking for a magic bullet escape from the coronavirus, but unfortunately immune function is not that straightforward, especially in an environment of tens of thousands toxins, industrialized food, excess sugar, and other immune triggers. A number of studies have shown a coronavirus vaccine could trigger autoimmune reactions throughout the body and in the brain.

Autoimmunity is a health disorder in which the immune system erroneously attacks and destroys tissues, enzymes, hormones, or other compounds in the body. Some well known examples of autoimmunity include multiple sclerosis, type 1 diabetes, lupus, Hashimoto’s hypothyroidism, and dozens of other diseases known so far.

The virus itself can trigger autoimmunity, as can a number of other viral or bacterial infections. However, this means the vaccines can as well, as can the adjuvants added to them. Rates of autoimmunity are exploding, incidences dwarfing cancer and heart disease combined. And that’s just the diagnosed cases.

Sadly, modern medicine has not caught up to the autoimmune epidemic. The average autoimmune patient has to see multiple doctors over a number of years before getting a diagnosis, if ever. Insurance coding is not set up to identify or manage autoimmunity until it’s in its latest stages and has destroyed most of the tissue. (Why? Because there aren’t really effective pharmaceutical or surgical treatments until most of the tissue is destroyed, just dietary and lifestyle.)  In the meantime, many patients, the overwhelming majority of them women, go years or decades suffering from symptoms.

Many are abandoned by their spouses, can no longer work, and live a life of constant suffering while being gaslighted and dismissed by doctors who insinuate they are attention seeking. I say this having read thousands of emails and having talked to hundreds of patients.

So…not a great setting to introduce a possibly mandatory vaccine that has the potential to trigger many new cases of autoimmunity in a largely already vulnerable population, many of whom are already unknowingly suffering from undiagnosed autoimmune reactions.

Plenty of peer-reviewed science demonstrates dietary and lifestyle factors — such as removing inflammatory foods, boosting vitamin D and other essential nutrients, eating a whole foods diet rich in produce, and other apparently anti-American habits — will not only help prevent or manage autoimmunity but also improve your resilience to viruses too. But that doesn’t make for exciting headlines.

Here are just a few studies showing the corona-autoimmune connection:

Clinical Immunology (this is a letter to the editor prior to publication of the study): Brain, thyroid gland, and the gut autoimmunity.