Embracing the dragon: Why so many women fall apart in their 40s and 50s 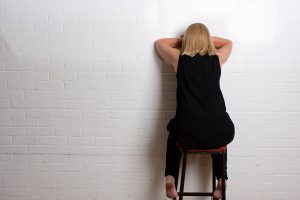 Recently on an online dating forum, a woman fretted that she would end up a single 65-year-old living with her five cats. This image filled her with despair. Though I’m more than 10 years out and three cats short, I am this fearsome image — aging, divorced, and a devoted member of my feline pride.

The idea of this existence also once filled me with dread. After all, the older single woman is the ultimate failure in the game of being female, in which our societal currency hinges on our value to men and a male-designed society.

I chose to bow out of the dating game a few years after my divorce. I had naively assumed a long, lonely marriage had cured me of making bad choices. I bravely ventured online to find my new life partner, fueled by hope and chutzpah, only to land in heartbreak over and over. Not only was I making bad choices, I was making the same bad choice over and over, just in different packaging.

The truth is, the angst of that younger woman’s fears sometime still work on me like a hair-thin splinter. I am more alone than ever, yet the least lonely I have ever been. Could it be I suffer from some pathology, with symptoms that include realizing my happiness is a ruse of defeat?

I had a breakthrough realization on this matter while watching an episode of Schitt’s Creek, when David announced his new partner was the person who “changed my life.”

And that’s when I realized that’s what a relationship is — something that changes your life. And that I’m not ready to change my life because I’m only just getting to know this one, a mere half-century in.

After decades of caregiving and conforming, I’m not so quick to let it slip away.

Something both tragic and wondrous happens to women who transition into being “unfuckable.” The tragedy comes in realizing all those years of “luck,” visibility, and social viability suddenly vanish with age.

It’s as if a meteor storm knocks a hole a spaceship and sucks us into the void, and the crew don’t even notice you’re gone. Nowadays, people often don’t hear me when I talk, they don’t see me in public, or they quickly disregard me if they do.

I have been openly excluded from social get-togethers with younger acquaintances, and given disapproving once-overs by younger men at business functions—they don’t even realize they’re doing it.

The good part, however, is that we are no longer ogled and leered at on a daily basis, catcalled, followed, and occasionally assaulted and raped. We don’t have to suffer through interruptions from men during a quiet cup of a coffee, on the bus during a commute or a travel adventure, or at the gym.

I suppose the fear of being attacked never leaves a woman, but whereas I used to walk with my keys sticking through knuckles, run from bus stops to my destination in sketchy areas, and move through life on constant red alert, I now amble along with the relaxed, delicious ease I imagine most men take for granted.

In the world of functional medicine, it is well known this time in a woman’s life is when many of them fall apart and begin a battle with mystery chronic health or mental conditions, whether it’s autoimmunity, depression, insomnia, fatigue, or PTSD.

Experienced functional medicine doctors will tell you PTSD and complex PTSD (a form of PTSD from chronic abuse and trauma) most commonly peak in their female patients in their mid-40s.

True, we must definitely place hefty blame on an industrialized world hellbent on destroying our delicate endocrine systems.

But I also think when midlife invisibility eases our hyper vigilance, and when we realize our social relevance expired with our youth, the neuro-immune system collapses into a messy tangle of barbwire.

It is like how a combat vet collapses into despair only once he’s safely out of the war zone and back in civilian mode.

Though this passage is not for the faint of heart, fear not. At the back of every cave guarded by a fierce dragon of health woes lies your treasure chest of undiscovered riches.

Contrary to what our violent patriarchal lore would have us believe, the trick is not to slay the dragon but to befriend it. Those precious jewels aren’t for you, they are you. And the dragon guards them not to ward you off but to protect you.

By embracing that dragon — the journey through the physical and emotional challenges of midlife — the treasures can be reclaimed.

We spend our lives trying to fix, outwit, or outrun our discomforts and dis-eases.

But midlife forces us to meet them head on; to make friends with the dragon.

It turns out we may never cure that chronic illness or be fully free of the CPTSD, so instead we settle for gently teasing more good days than bad from our long-neglected and -abused bodies.

We may, after a lifetime of dieting, abandon the never-ending quest for thinness, choosing wholesome nourishment over the latest health edict.

We may finally realize we are never going to look like the Crossfit model or the rubbery yoga teacher and instead relish the simple pleasure of an endorphin rush, no matter how much slower we are than the rest of the class.

Sometimes, however, finding wellness is a big, messy process, the pay-offs more distant, but the importance no less urgent.

There’s a reason so many women leave their marriages in their 40s and 50s — their mental and physical health can no longer abide servitude, neglect, abuse, loneliness, or whatever the particular partnership is serving up (or, more exactly, isn’t).

An unloving marriage is far lonelier than peaceful singledom. The midlife woman may also change careers when she realizes the toll of relentless capitalist production on her body.

She may drop that narcissistic friend, lovingly punt the ungrateful child from the nest of entitlement, and more frequently take the word “no” out for a spin.

In response to the woman’s despair about ending up as an older cat woman, another young woman responded that her mom was in her 60s, divorced, and doted on her cats and her garden.

She said it was the first time she had seen her mom so happy.

Women have been bought, sold, and regarded as men’s property for thousands of years — destined to serve, to be ogled, to sexually please, to cook, to clean, to bear and care for the children…

…and to still bring home a paycheck to boot.

We have hardly undone this deeply-rooted paradigm in a few generations of feminism.

…and most of all, Hollywood and Madison Avenue — two industries that have exported female self-hatred around the globe.

When I feel the occasional twinge of despair around being single, I can now ponder whether that despair comes from genuine loneliness, as it surely does on occasion, or a lineage of women belonging to anyone but themselves.

In the context of human history, a woman who reclaims ownership of herself is a radical, daunting stance. Some self-doubt is par for the course, but it’s a stance required to survive.

Like any warm-blooded mammal, I miss the companionship, physical touch, and emotional intimacy a partnership can offer.

And like David in Schitt’s Creek, I am certainly open to changing my life to receive that, but only as long as it does not require forsaking this precious being I have only just discovered.

Because first, I want to spend more time practicing this life lived for and owned by me — letting the gifts of the heroic journey through female midlife from my rediscovered treasure chest, spill through my fingers, my dragon purring by my side.