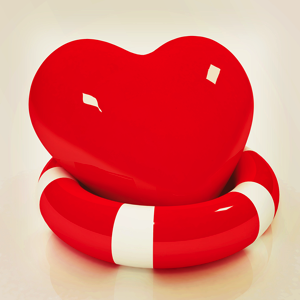 Sometimes autoimmunity, a disorder in which the immune system attacks and destroys body tissues, can attack the heart and cause heart disease. People with autoimmune heart disease may not have typical markers of cardiovascular risk, such as diabetes, high cholesterol, or high blood pressure. Since we know having one autoimmune disease raises the risk of future autoimmune disease, if you have Hashimoto’s hypothyroidism, it’s important to manage it with functional medicine so you don’t raise the risk of heart autoimmunity or disease.

Autoimmunity is one of the most common diseases today and a leading cause of disability and death. It can affect any tissue or compound in the body, including the heart. The most common autoimmune disease is Hashimoto’s hypothyroidism. Other common ones include multiple sclerosis, type 1 diabetes, celiac disease, rheumatoid arthritis, and psoriasis.

In all these diseases, the disorder doesn’t lie in the tissue being attacked, such as the thyroid, but instead in an imbalanced and hyper zealous immune system attacking the tissue it was meant to protect.

Autoimmunity in the heart

You can screen for an autoimmune reaction in the heart with a blood serum antibody panel that checks for antibodies to myocardial peptide or alpha-myosin. If they come back positive, it’s an indication the immune system is attacking heart tissue. If the condition is more advanced, you may be given a diagnosis of myocarditis (heart inflammation) or cardiomyopathy (enlarged heart).

If the autoimmunity is in its early stages, there may be no signs or symptoms. The same can be said for any autoimmune disease, such as Hashimoto’s. Antibodies can be present on a blood test long before symptoms arise.

Autoimmune heart disease symptoms to watch out for include shortness of breath, chest pain, decreased ability to exercise, fluid retention, tiring easily, and an irregular heartbeat.

Other autoimmune diseases that affect the heart

Additionally, Sjögren’s syndrome and psoriasis have been shown to more than double heart attack risk.

Other cardiovascular risk factors of unmanaged autoimmunity include chronic inflammation and steroid use.

Failing to manage an autoimmune reaction to the heart can cause inflammation, scarring, and, in rare cases, sudden death. It may also affect the lungs, liver, and other organs in the body.

Typically, doctors in the standard health care model do not screen for autoimmunity until the end stages of disease when symptoms are severe. However, you can identify an autoimmune reaction before it’s too late with a blood serum antibody panel. The same is true if you suspect Hashimoto’s hypothyroidism, you should check for TPO and TGB antibodies.

This panel screens for autoimmunity against heart tissue by checking for myocardial (a protein the heart releases in response to stress) or alpha-myosin (cardiac tissue) antibodies. If these come back positive it’s an indication the immune system is attacking heart tissue. If the condition is more advanced, you may be given a diagnosis of cardiomyopathy, or disease of the heart muscle.

If you have an autoimmune condition such as Hashimoto’s hypothyroidism, you can use functional medicine to potentially slow or halt its progression through proven diet, lifestyle, and nutritional therapy strategies. You should also regularly monitor your heart health.

Sometimes a gluten intolerance and celiac disease are associated with cardiomyopathy. Many people have seen a gluten-free diet improve the condition, sometimes profoundly. People with heart symptoms should screen for gluten sensitivity with advanced testing. Studies link gluten intolerance with Hashimoto’s hypothyroidism, so it’s important to avoid gluten with autoimmune thyroid disease.

Ask about my office about functional medicine strategies to manage Hashimoto’s hypothyroidism and heart autoimmunity.