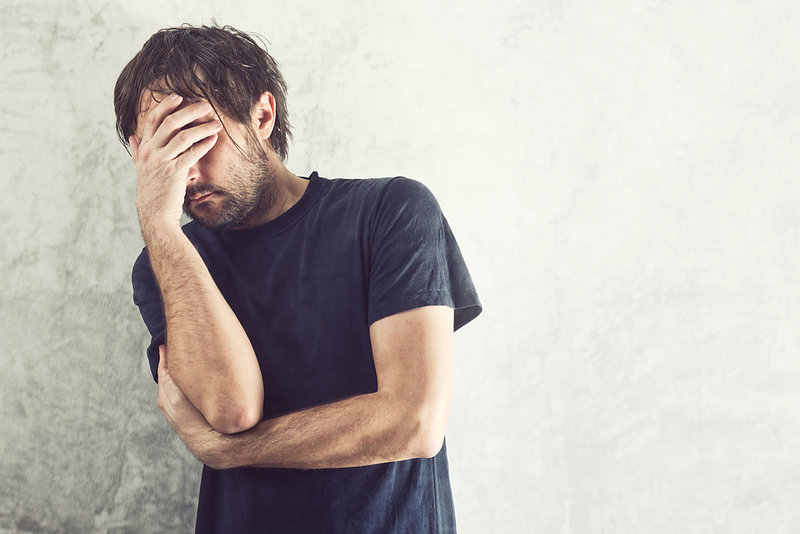 Depression happens when neurons in certain areas of the brain don’t communicate well with each other, or “fire.” This causes poor brain function and symptoms of depression.

Many factors cause poor firing in the brain, which I’ll talk about more in this article.

The primary question when you have symptoms of depression is, “What is causing neurons not to fire in areas of the brain associated with mood?”

Insufficient thyroid hormone from Hashimoto’s hypothyroidism can cause this poor firing. Another common symptom of lack of firing is brain fog.

Blood sugar that is too low or too high can cause depression. Symptoms of low blood sugar include irritability or lightheadedness between meals, cravings for sweets, waking up at 3 or 4 a.m., dependence on coffee or sugar for energy, becoming upset easily, and forgetfulness.

Both low and high blood sugar compromise the brain’s ability to stay fueled, with symptoms of depression often resulting.

The most common causes of unstable blood sugar are eating too many processed carbohydrates and sugar, skipping meals, and chronic overeating.

Sometimes relieving depression can be as easy stabilizing your blood sugar with a whole foods diet that consists primarily of produce and healthy fats and proteins, avoiding sweets and processed foods, and eating an appropriate amount of carbohydrates for your body.

When gut health is bad, brain health suffers, often causing depression. If you have digestive problems, your gut may be playing a role in your depression, not to mention your Hashimoto’s hypothyroidism.

Leaky gut is a condition in which the lining of the intestine becomes overly porous, allows undigested food particles, yeast, bacteria, and other undesirable compounds to enter the sterile environment of the bloodstream.

Leaky gut triggers chronic inflammation in the gut, body, and brain, along with other health problems, such as food intolerances, pain, autoimmune disorders, skin issues, joint problems, and, of course, depression.

Also, too much bad gut bacteria (dysbiosis) has been directly linked with depression in studies. Many factors contribute to leaky gut and dysbiosis, including poor diet, alcohol, and chronic stress. Knowing what caused your gut problems will help you resolve them.

If your fingers, toes, and nose are cold to the touch your brain may not be receiving enough oxygen due to poor circulation.

Other symptoms of poor circulation include weak nails, fungal nail infections, low brain endurance, and cramping in the hands and feet.

Poor circulation is a common symptom of Hashimoto’s hypothyroidism.

Autoimmune diseases — when the immune system attacks and destroys body tissue — can cause depression. Examples include Hashimoto’s hypothyroidism, Type 1 diabetes, and rheumatoid arthritis.

Chronic inflammation, such as in chronic joint pain, gut problems, or skin rashes, is also linked with depression.

These disorders inflame the brain, which hampers function and can cause depression.

The brain is also a surprisingly common place for an autoimmune reaction to take place, causing myriad symptoms including depression.

The autoimmune reaction that causes Hashimoto’s hypothyroidism has been shown to attack the brain in some people as well as the thyroid gland.

Don’t assume your depression is caused by an antidepressant deficiency. It’s best to discover the underlying causes and address those first. Ask my office for more information about depression and Hashimoto’s.

Gluten could be causing your heartburn

Navigating the holidays when you have Hashimoto’s